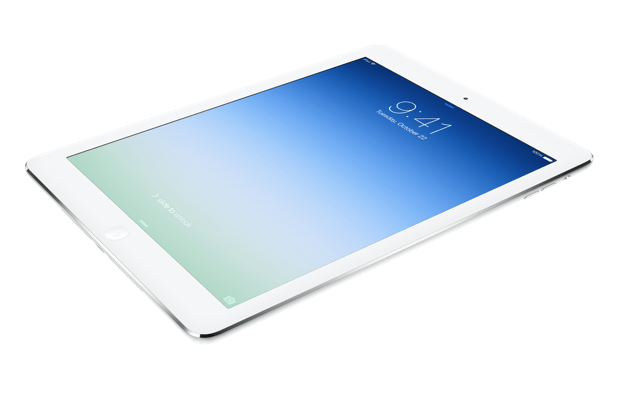 Last week Apple surprised fans by unveiling two iPads, one which would be an iPad Mini with Retina display (iPad Mini 2) and a second which would leave the crowd “oooo’ing” and “ahhhhh’ing”.

This second iPad, thought by many prior to the launch to be named the iPad 5 was in fact called the iPad Air. The iPad Air will sport a 128GB version but be prepared to pay the money for such a high-spec device.

What is the iPad Air? The iPad Air is a slimmed down version of your usual yearly iPad’s, it will also be slightly more light in terms of weight. One benefit to this design is that people can now comfortably hold the iPad in one hand.

The iPad Air is 20% thinner than older generations iPads and boasts the new operating system, iOS7. Not only that but we will see that A7 chip present and 10 hours of battery life.

In terms of colours, the new iPad takes on a similar style to the iPhone 5S which we saw launch a month ago. The iPad Air will come in Space Grey and Silver, however for fans who liked the gold champagne colour of the iPhone 5S, then I’m afraid you will be left with disappointment as this isn’t present.

Also the TouchID feature isn’t present in the new iPad’s, this of course is the fingerprint sensor that was at the epi centre of reviews for the iPhone 5S.

Was it not a part of iPad Air due to the security issues and flaws that were reported in the iPhone 5S?  Initially the launch event was to take place on 15th October, so it was delayed a week – was this down to shortages in stocks and supply, or were they sorting out the TouchID issue?

I believe the main reason to this not being present is simply because Apple had no intention of using this technology on iPads.

How Much Are They?

As we now know the iPad Air will be available in stores across the country this Friday 1st November, with the iPad Mini 2 expected to make an appearance at the tail end of the month.

Has the iPad Air peaked your interest, are you satisfied with what you have? Or will you be waiting for the iPad Mini Retina at the end of next month. 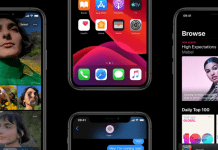