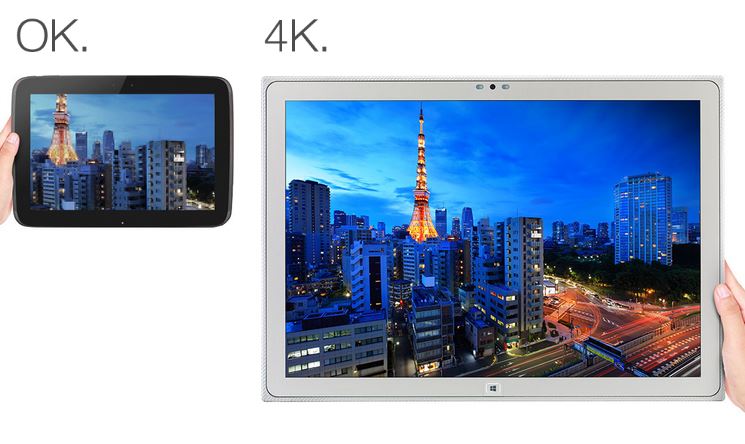 When you think tablets, Panasonic probably isn’t the first name to come to mind. We’ve seen a lot of cool tablets this year, but none measure up to what Panasonic is going to unleash on the world with the Toughpad 4K UT-MB5. Otherwise known as the world’s first 4k tablet.

If you’re sick of people talking about 1080p HD tablets, the Toughpad 4k tablet is beastly enough to end any comparison conversations quickly. The ginormous 20-inch tablet sports an IPS Alpha LCD screen with a resolution of 3840×2560. Just let that sink in for a minute. Under the hood lies an Intel Core i5-3437U vPro processor to go along with a NVIDIA GeForce 745M GPU. You’ll get plenty of storage space and memory with the Toughpad 4k as it comes with a 256GB SSD, 7GB of RAM, and 2GB of VRAM. The front-facing camera is 1280×720, and you’ll be able to connect to almost anything under the sun with Bluetooth 4.0, Wi-Fi, USB 3.0, and card reader slots. The Toughpad 4k should live up to its namesake as well as its supposed to have resistance to 12-inch drops at different angles while off, and can handle a 30-inch drop on its back while running. If you’re wondering what it’ll be running, that would be Windows 8.1. The Toughpad 4k is hands down the most insane tablet we’ve seen recently, but the price tag isn’t for the faint of heart – as with any new tech, you’re going to have to pay to play. The tablet is set for a January release in the US and will go for $6,000 or roughly €4,508. Pricing and availability in the UK has not been announced yet. From flexible 4k TV’s to tablets, 4k is here to stay and you can expect those prices to drop as more consumers and companies start adopting the technology. 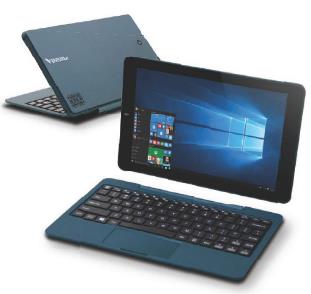