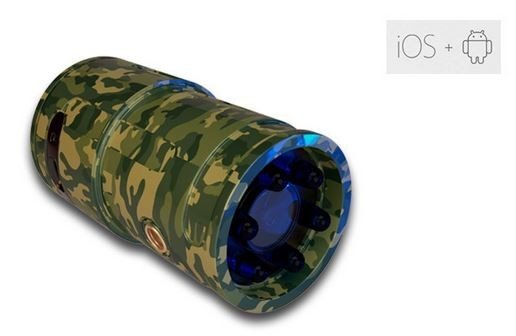 Smartphones get a little smarter every year, and while they can do all sorts of tricks they still haven’t been able to put out a smartphone with night vision. It’s a feature that may be standard one day, but for now you can get your night vision courtesy of a gadget called the Snooperscope.

The Snooperscope is a tech toy that’s just finishing up its Kickstarter run, and its goal is to let you view the world around you in darkness while also detecting things that you normally can’t see with the human eye. The Snooperscope uses some technological magic along with infrared light and special optics to make an area appear illuminated even when it’s pitch black outside. It also works wirelessly with your smartphone or tablet which opens up a lot of cool possibilities like security or hunting as you get to view the action on your screen. The infrared capabilities of the Snooperscope can also help you see through liquid, inks, and textiles which means you can check for counterfeits to an extent. You’ll also be able to check the air quality as the Snooperscope can spot tiny particles in the air like dust, smoke, and pollution. Want to act like a stealthy spy? Just buy two Snooperscopes and you can pull off a little Morse code with by sending invisible signals to your companion.

The Snooperscope Kickstarter campaign ends today, and they’ve managed to raise £76,862 of their £40,000 goal. They have also hit several stretch goals along the way including case colors, Mic and DDNS, 720p, and a carrying pouch. The first early bird units are expected to be released in April of 2014, but the earliest you’ll be able to get one through the campaign is May as the early bird tiers sold out.

You’ve still got around 10 hours to get in on the Kickstarter if you want to get a Snooperscope at a discounted price. If you miss out on the campaign, have no fear as you can order a Snooperscope at the retail price of £60/$99, and those are expected out in June. 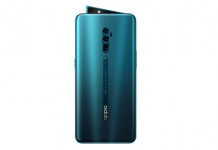 How Far Away Are We from a Mobile-Only Internet?