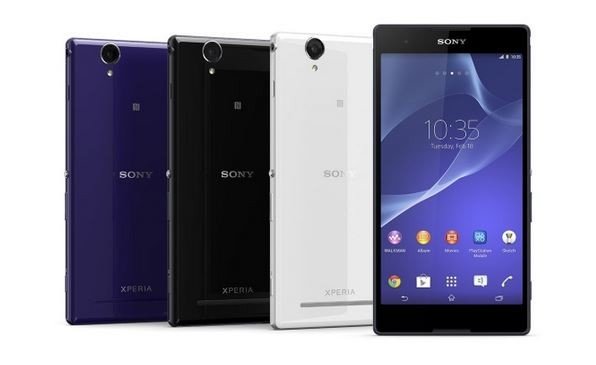 Sony is on a roll. The company unleashed several slick devices at CES 2014 last week, and today they’ve unleashed two more. The Sony Xperia T2 Ultra and Xperia E1 are the latest smartphones in Sony’s expanding lineup, and each has a dual-sim variant.

The Sony Xperia T2 Ultra is a 6-inch phablet of sorts with a 720p Triluminos display. Under the hood resides a 1.4GHz quad-core Snapdragon, 1 GB or RAM, 8GB of storage, and a 13MP rear shooter with Exmor RS. The front-facing camera has an Exmor R sensor and is of the 1.1MP variety. The Xperia T2 Ultra dual has dual-sim support, but the guts essentially stay the same.

Next up we have the Sony Xperia E1 with its tiny 4-inch WVGA display. The resolution is an underwhelming 480×800, and you’ll get a 1.2GHz dual-core Qualcomm MSM8210 to help push those meager pixels. Rounding things out are 512MB of RAM, 4GB of storage, and a 1700mAh battery – there’s been no mention of a camera or expandable storage via a MicroSD card. As with the Sony Xperia T2 Ultra, you can get the Xperia E1 with dual-sim support, but it also comes with a 100Db speaker as it’s built for tunes.

While neither of these devices can stack up against the Xperia Z1 compact, the Xperia E1 and T2 Ultra are aimed at “emerging markets” including China, Africa, Asia, and the Middle East. No release date has been set for either device, but we expect them to be out sometime later this year in the regions listed and possibly abroad.