There is big news in the mobile computing world: Lenovo, one of the world’s leading manufacturers of laptops and tablets, has just released its first LTE smartphone.

Though competition may be fierce, with products like the iPhone and Samsung Galaxy fighting for available market share, the company is not going into the fight unprepared. The new phone – the Vibe Z – features impressive numbers and is more than capable of taking on the current competitors in a head-to-head matchup.

Will Lenovo make an impact on a market that is already hugely competitive and saturated with capable devices? Only time will tell, but its first offering certainly has the specifications needed to stand out.

Or so seems to be Lenovo’s business philosophy. Lenovo has displayed impressive growth in the recent past and its success has largely been thanks to the sale of PC devices. In fact, the company recently overtook Hewlett-Packard to become the largest PC manufacturer in the world. The benefits of this growth are many, of course, but one of them is the ability to place more emphasis on research and development, product development, and diversification. The company’s tablets and new line of LTE and non-LTE smartphones are the result of this.

Put simply, without first being a juggernaut in the world of PC manufacturing, Lenovo would likely not have had the means to enter the smartphone market. Since Lenovo has been a dominant force in the tablets industry, the company has been able to turn its attention to smartphones. Though it’s far too early to say whether or not Lenovo will succeed, the company has certainly proven to be capable of making a name for itself in the world of computing. And the company has already shown great success with its smartphone lineup in Asia. Will the same be true for the rest of the world? Waiting until now to enter the LTE smartphone market may have been a prudent move on the part of Lenovo. And that is because it has allowed the company to refine its initial offering so that it is competitive with pre-existing platforms. In a way, it’s like seeing what the market will bear before you decide to enter the proverbial ring. Lenovo knows that the Vibe Z will provide what people are seeking in a smartphone because people are already using similar devices.

Lenovo has built the Vibe Z to be a competitive device from Day 1. Among its many features include:

* Solid Build Quality – Weighing in at 147 grams, featuring titanium plating, and measuring in at just 7.9 millimeters in thickness, the Vibe Z is a decidedly modern phone.

* High-Quality Cameras – Smartphones are the new cameras; as such, the Vibe Z features a 13-megapixel outward-facing camera and 5-megapixel front-facing camera.

* Capable Computing Power – With 16GB of storage and a quad-core Snapdragon 800 processor featuring 2GB of memory, the Vibe Z should prove to be both fast and capable.

Recently launched at the Consumer Electronics Show in Las Vegas, Nevada, Lenovo’s full line of smartphones will be hitting the market shortly. The phone’s initial rollout, however, will take place in Asia. The phone will become available in the Philippines, Thailand, Malaysia, Indonesia, Saudi Arabia and the United Arab Emirates, starting in February.

Lenovo has mentioned that it will roll out the smartphones to the UK, US and Australian markets in the near future, however it is not currently available here at the moment. 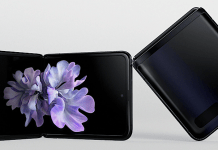