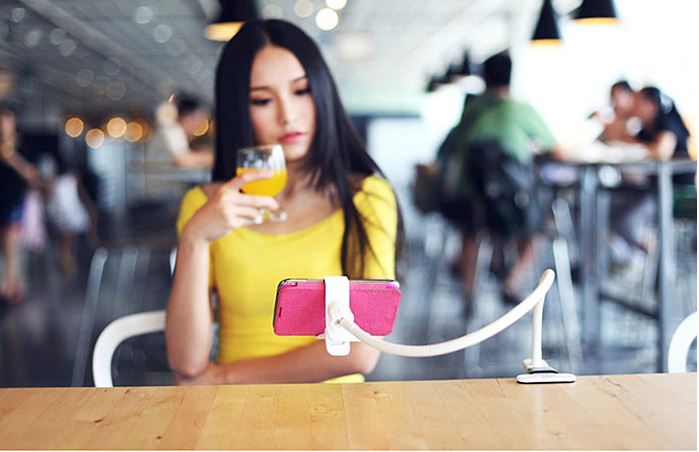 Be honest, now. How many times a day do you check your phone? Once in a while? Every time it gives you a notification? Whenever you possibly can? There’s (somewhat tenuous) evidence to suggest that the average person checks their phone around 110 times per day – every six seconds during non-working hours.

Whatever the truth of this figure, we are certainly quite obsessed with and reliant upon our phones – and scientists are concerned. Not only is perpetual smartphone usage having an impact upon our ability to concentrate, to retain information, and even to sleep – some speculate that we could be forming addictions to our devices. Is this possible? If so, how can we avoid it?

The concept of smartphone addiction is as yet somewhat nebulous, falling under the same broad category as the similar (and intrinsically related) concept of internet addiction. Put simply, the ‘addiction’ involves compulsive and obsessive use of phones and internet devices. Smartphone ‘addicts’ will pay far more attention to the demands of their phone than those of face-to-face humans, possibly neglecting work, relationships, and health in favour of phone time. Experts believe that, while most of us use our phones rather a lot, and go to great lengths to care for our devices, actual ‘addiction’ to such devices is rare.

However, it’s a problem which may become more pronounced in the near future. Smartphone addicts can be distinguished from the average heavy phone user by their dependence on the phone for emotional regulation. They will describe their phone as the most important thing in their life, use it to change their mood, and lie about how much time they spend on it. Frequently, conflicts with friends and family will arise over excessive phone usage. Interestingly, the problem seems to affect children and teenagers more than adults – which leads some to point to generational conflict as a source of our ‘addiction’ worries.

Signs of smartphone addiction are frequently picked up in teenagers and people in their early twenties. Notably, these individuals belong to the first generation to grow up with smartphones as a part of everyday life. While parents may not understand the intrinsic part that smartphones play in their children’s lives – and thus be concerned about what they see as excessive usage – these young people may only be doing something which is ‘normal’ for their generation, and will become increasingly normalised as they grow up and take their place in the world. This panic may simply be another case of parents failing to understand the changing culture of which teenagers are a part.

However, having said this, using a phone or device too much can be damaging to one’s health. Used before bed, it’s thought that device ‘blue light’ can interfere with the brain’s sleep circuits, causing insomnia or generally poor sleep. Sleep is extremely important, so anything which disrupts sleep should be taken very seriously indeed. There’s also evidence to suggest that over-reliance on smartphones etc can impede a child’s cognitive development (although more research needs to be done into this). All in all, it’s probably best not to be dependent upon your phone, and to be able to function comfortably without it!

If you’re worried that you may be becoming overdependent upon your phone or devices, there are things you can do. Most obviously – stop checking your phone! For a start, don’t keep your phone beside your bed as you sleep. If you use it as an alarm, place it in the other side of your bedroom (that way, you have to get up to stop it – a bonus which will ensure that you’re up and ready when you should be!). If you feel compelled to check your phone during the day, take a look at why you feel this way. Are you bored? Anxious? Seeking social media validation? Is there anything else you could do to assuage these feelings? Most importantly, train yourself to be strong and ignore your phone’s beeps, buzzes, and demands for attention.

This is very difficult – particularly when you don’t know whether something could be important. But most things do not require your immediate attention. Make yourself wait until an appropriate interval to check your notifications. This, over time, will break the compulsive nature of your phone-checking, and hopefully reduce overall dependence.

This was a guest post written by Anne Garner.