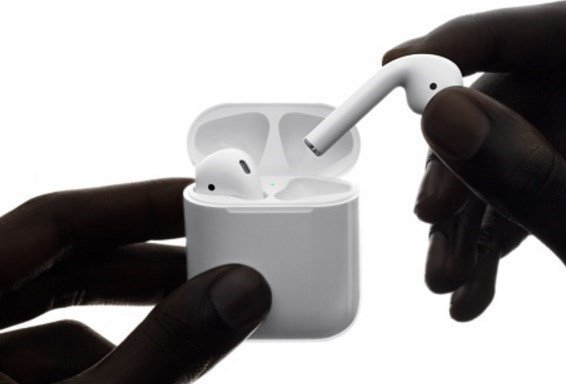 Apple’s new wireless headphones – the Apple Airpods – were announced back on 7th September 2016. Availability was set to be late October, but release was pushed back and they eventually became available 13th December 2016.

The design is almost identical to the standard ‘earpods’ bundled with any new device since the refresh in 2010 – just without the cable! I immediately I knew I would like them. Many people have a problem with the Apple standard earphones, they are the wrong shape or they fall out, but for me they are a great fit, never fall out, and are one of the few earphones I can wear for extended periods without them starting to hurt.

Either Apple under-estimated demand, and had a very slow production run schedule, or sales have just been very high, but either way the Airpods have had a 6 week delivery time for as long as I’ve been watching them. I eventually purchased a pair recently, and after the first 4 weeks with them, here are my thoughts.

Apple claims about 5 hours of listening time from each Airpod, and a further 24 hours use by charging from the supplied case.

A double tap on the side of either AirPod can either active Siri, or Play/Pause music. I’m a huge podcast listener, using Downcast for over 5 years now, and having it set to Play/Pause is far more convenient for me than Siri.

A really nice feature is the ability to ‘take back’ sound to the AirPods by double tapping them. Sometimes in the car, the built in handsfree isn’t loud enough for a voice call at motorway speeds. Without touching the phone, you can double tap the AirPods and switch the call over to be able to hear it much better. Call quality is good – people I’m talking to can hear me fine. The AirPods do perform better “in tandem” than with just one, thanks to the beamforming microphones that filter out background noise and focus on the sound of your voice.

When either Airpod runs low on battery, they start making a discreet ‘beep’ in your ear. Apple states that 15 minutes in the charging case tops up an AirPod for a further 3 hours. Its an amazing experience but it really does work. Put them back on charge long enough to go make a coffee and check your email and they’re good to carry on where you left off! Safety – a lot of people worry about losing such an expensive yet tiny device. in fact a whole industry has sprung up around making ‘straps’ to keep your AirPods connected! The bottom line is if the original Apple Earpods were comfortable and stayed in your ears, then these will be too. In fact, these are more likely to stay in your ear, as there is no cable to catch on clothing, or anything else, and uncomfortably yank the AirPod out of your ear.

Audio Quality is on a par with the original Earpods, which is to say perfectly acceptable to me. I’m willing to trade top end audio performance for convenience and portability. Perhaps they AirPods don’t have the greatest dynamic range available, but I truly don’t want to be carrying around a massive pair of Bose or B&W over-ear headphones to listen to podcasts and casual music.

A big thing Apple touted with the AirPods was the ability for them to pick up audio from any device your Apple ID was used on. Seamlessly switch between music from your iPhone, iPad or Mac. This isn’t quite my experience! Certainly, once paired your AirPods are ‘paired’ with any other iPad or Mac you’re signed in on. But audio still needs to be manually switched from the iOS Control Centre, or Mac audio drop down to switch. Also, my Macbook Pro is very inconsistent with picking up the AirPods and showing them as an available device. I also had to upgrade to Sierra before they were even seen at all!

Much smaller than I expected, extremely portable and comfortable.

Switching between iOS devices isn’t as seamless as I expected. 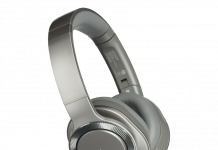